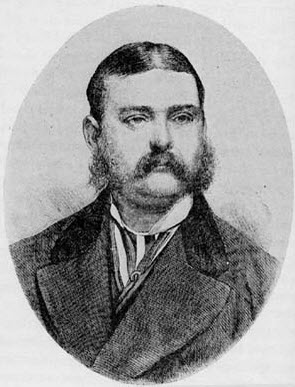 The Commune in London: A Chapter of Anticipated History (1871) by S B Hemyng, who describes, with a wealth of detail, the ravages and crimes committed in the good city of London by a bloodthirsty working class mob led by demonic female insurgents and secretly controlled by agents of the International. [International Socialism quoting Utopia Ltd. Ideologies of Social Dreaming in England 1870-1900 by Matthew Beaumont].

The Commune in London, or Thirty Years Hence: A Chapter of Anticipated History (1871 chap), is an anti-Communard version of the 1871 uprising in Paris as translated into a UK already deeply anxious about threatened upheavals and Invasions [SFE]